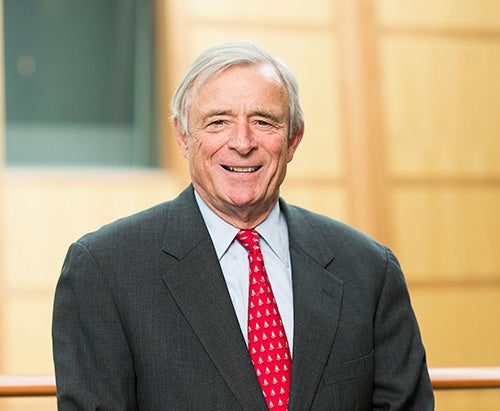 Timothy McBride is a principal, chairman, and CFO of McBride Enterprises. He served on Georgetown University’s Board of Regents from 1995 and 2001 and was appointed to the McDonough School of Business Board of Advisors in 2004. In recognition of his support, McBride received the Georgetown University Law Center’s Paul R. Dean Award in 1999, and was elected to the University’s 1789 Society in 2006. McBride now teaches real estate finance as an adjunct faculty member. He graduated from Santa Clara University in 1967 and went on to serve as an Air Force officer from 1967-72. McBride earned his law degree (1975) and master’s of law in taxation (1980) from Georgetown Law.